Cannabis In The Ancient World

In this post we take an in-depth look at cannabis' role in the ancient world, both as a medicine and spiritual/recreational substance. Read on, share it with your friends, and use the promo code at the end of the article to get $20 off your first FOUR cannabis orders on GreenRushcom.

As we enter a new era that is redefining the way the state and the larger public perceive medical cannabis, budtenders, patients, and scientists are beginning to take an increased interest in the plant's historical and medical heritage, including the role played by cannabis in the ancient world.

Archaeological evidence unearthed in the former Czechoslovakia Republic in 1997 has shown that the cultivation and consumption of hemp, the plant from which cannabis is derived, can be traced all the way back to 26,900 BC. Based on these results, scientists have been able to show that human consumption of cannabis in the ancient world predates even the earliest known instance of alcohol distillation (10,000 BC) and tobacco smoking practices (5000 BC), making it one of the oldest consistently consumed psychoactive drugs in the world.

Once considered both a natural medicine and a religious entheogen everywhere from ancient China to pre-Roman Egypt, the historical significance of cannabis in the ancient world is just beginning to be pieced together. Here, we review the uses of cannabis in the ancient world, including the role it played in different societies across Eastern Asia, Central Asia, and the Mediterranean. 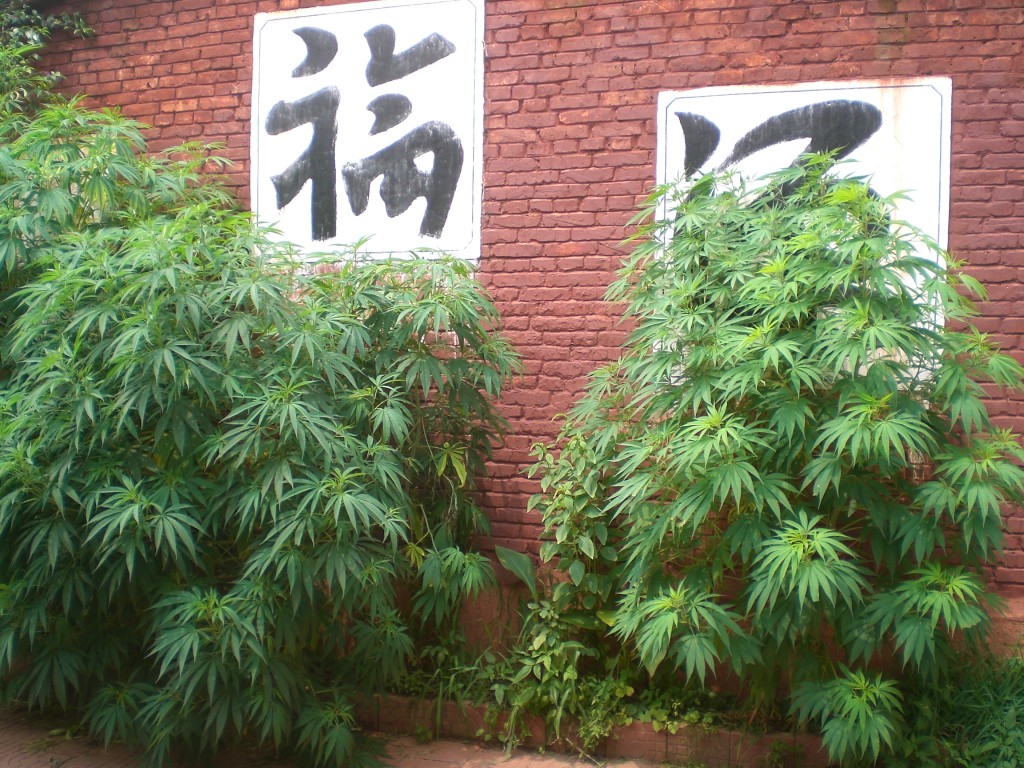 The first documentary evidence of cannabis in the ancient world is found in the Shu King, a book of Shantung origin dating back to 2350 BC. In addition to this written evidence, hemp imprints have been found on Chinese vases and pottery dating back to 10,000 BC, while large quantities of hemp seeds and cloth have been unearthed in burial sites, suggesting that hemp carried symbolic weight as a grave good. As a result of these finds, scientists have established that the cultivation of hemp, and therefore cannabis, has been an integral part of Chinese culture for thousands of years. Click here to view a timeline of the development and growth of cannabis in the ancient world.

The uses of hemp and cannabis in the ancient world, which included its role as a key ingredient in cloth, rope, paper, bowstring and medical manufacturing, remained a Chinese secret for hundreds of years. By the time knowledge of cannabis had spread to Japan and the Arab world, Chinese physicians had already developed an advanced understanding of the practical uses of cannabis and had recorded them in Emperor Shen-Nung’s much-fabled, but non-extant, encyclopedia of natural medicine.

In what is one of the earliest references to cannabis in the ancient world, marihuana or "ma" is described as a menstrual cramp aid in the Pen Ts'ao, a first-century AD Chinese botanical book. The same book also credits "ma" as providing relief against a range of other ailments, such as rheumatism, gout, malaria, constipation, beriberi and absentmindedness. 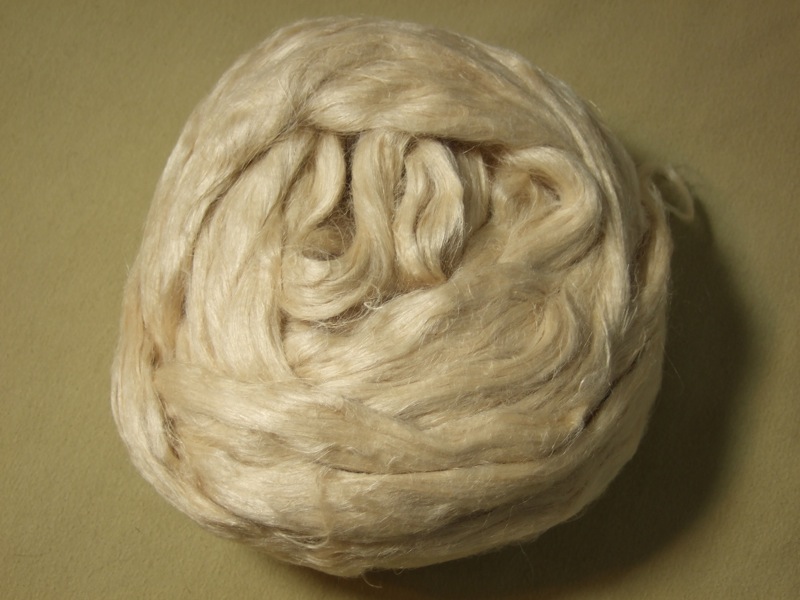 Most significantly, early cultivation practices laid out by Shen-Nung in 2700 BC meant that Chinese hemp farmers were the first to actively target and grow cannabinoid-rich female plants, known in China as "yin." As understanding of cannabis in the ancient world grew, so too did the levels of THC and CBD present in the plants.

Through a careful process of selective breeding known as cross-breeding, Chinese hemp growers gradually created strains with higher quantities of "yin" or more intense body-stimulating qualities. During this period, Chinese physicians broadened their comprehension of cannabis and began to prescribe it as an antipyretic and anticoagulant.

In AD 200, cannabis was used as a therapeutic agent by the physician Hua T’o for the first time to provide anesthetic relief during invasive surgery. Despite being a highly-regarded medicine and one of the most popular plants in ancient China, cannabis fell into discredit with Taoists leaders around AD 600 and was soon replaced by other non-psychoactive medicines.

Cannabis In The Ancient World: Ancient India and Persia 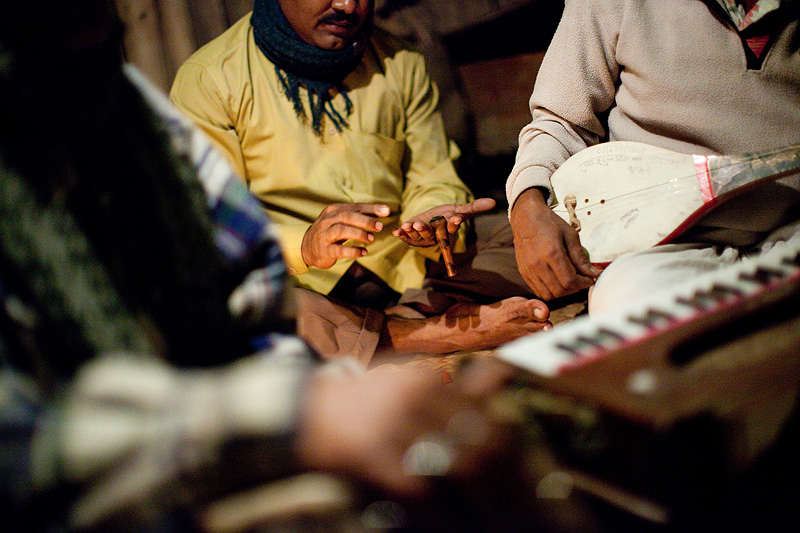 It was in India where cannabis developed into an entheogen and a key ingredient in religious ceremonies. According to the ancient Vedas, the Hindu god Shiva is said to have become aware of cannabis’ medicinal properties after indulging on cannabis leaves on a hot summer’s day. The religious and spiritual significance of cannabis as a core ingredient of bhang, a refreshing cannabis-based infusion, stems from this Vedic legend.

Other forms of ancient Indian cannabis include ganja, which refers to the plant tops consumed during religious festivals, and hashish or charas, the term reserved to denote the resin extracts and concentrates derived from cannabis plants. One of the prime functions of cannabis in the ancient world was to create a bridge between the earthly and spiritual spheres, and this religious function was perhaps more developed in India than anywhere else. 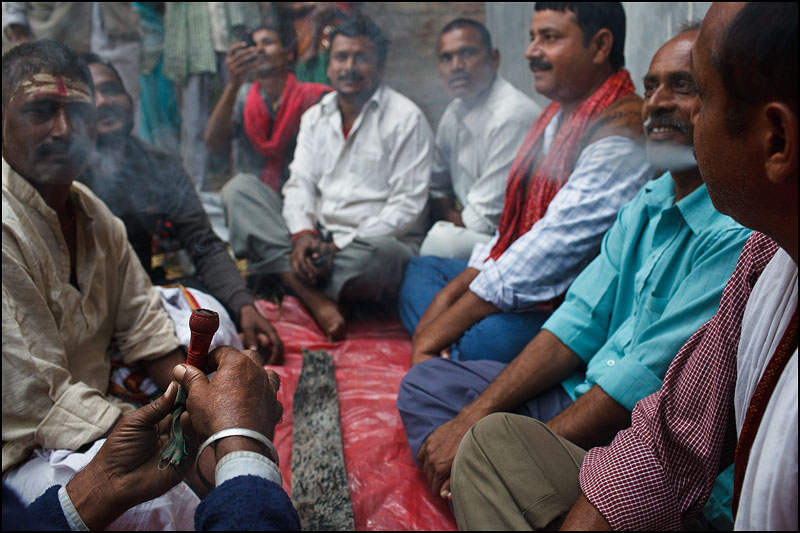 Between 2000 and 1400 BC, cannabis developed a standing as an anxiety-reliever and a morale-booster, and was consumed by soldiers prior to entering battle. By AD 1000, cannabis had acquired a near-sacred status as a “food of the gods” or indracanna in India.

Ancient Hindu saints and holy men believed that bhang possessed mood-boosting and speech-giving benefits, and began to recognize cannabis as a potent antipyretic and antiinflammatory agent. As a result of its association with Shiva and its role in religious ceremonies, consumption of bhang in a non-ritualistic context was considered sinful and incorrect in ancient India, and the same is still true to some extent today.

Bhang was extolled in India as an entheogen, and was consumed by fakirs and sadhus as a pathway toward communication and divine illumination. The 7th-century Persian prophet Zoroaster is also thought to have used bhanga, the Persian equivalent of bhang, as a way of bridging the gap to the gods. Surviving records suggest the Persians commonly referred to cannabis as “the good narcotic.” 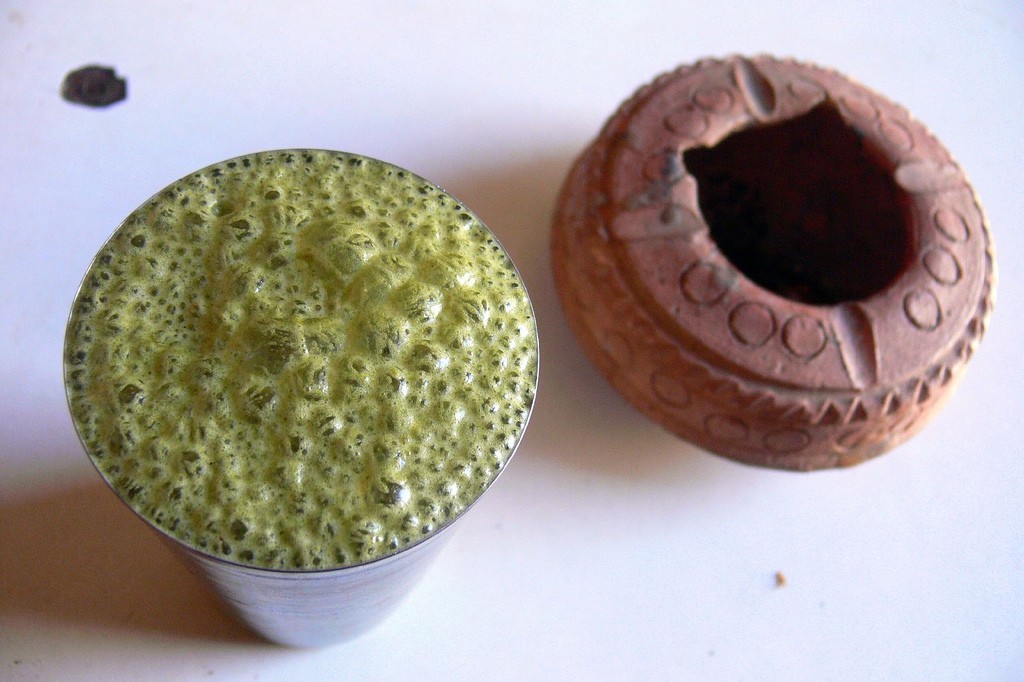 Bhang still features a key ingredient in social and religious gatherings in present-day India, and is often offered as a welcoming refreshment to travellers or pilgrims.

According to one account by Herodotus, a group of Central Asian peoples known as Scythians regularly inhaled cannabis smoke during their ritual vapour baths. The Scythians are also said to have tossed cannabis seeds onto blazing fires at communal gatherings to produce cannabis hazes; a ritual that still survives today in parts of Eastern Europe.

Investigators have found evidence to suggest that Herodotus’ claims may be true, after discovering cannabis seeds, leaves, and fruits in Northwestern China dating back to 2500 BC. In a groundbreaking find made in Southern Siberia in 2013, archeologist Andrei Bielinski discovered a set of Scythian-made highly ornate gold pipes designed for smoking cannabis. The vessels depicted below tested positive for trace amounts of cannabis and opium, and have given investigators a unique glimpse into the use of cannabis in the ancient world. It is thought that Scythian women consumed cannabis using similar pipes during childbirth to reduce pain and help bring on labor. 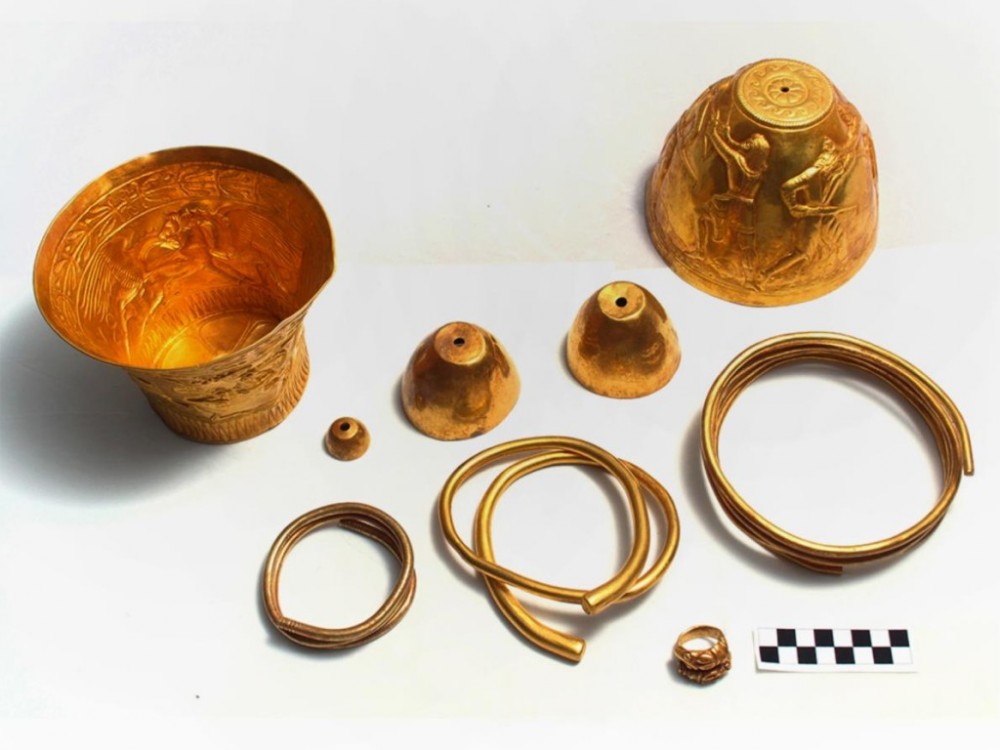 Cannabis in Ancient Greece and Rome

Though there are isolated mentions of cannabis in western territories spanning across ancient Babylon, Palestine and Egypt, it is not until ancient Greece and Rome that we come across detailed descriptions of cannabis in the ancient world. Certain scholars have tried to identify nepenthe, a mood-boosting and sorrow-soothing agent present in Homeric literature, as cannabis, but the claims are far from substantiated.

In one passage, Plutarch mentions the Thracian hemp grower’s use of cannabis as a sleep-inducing medicine. Although several mentions of cannabis as a therapeutic agent pop up in the fourth century BC, cannabis is conspicuously absent from Theophrastus’ list of psychoactive botanicals, which suggests that it was not widely used at the time. Much like in ancient India, it is believed that cannabis-based desserts and refreshments were considered a delicacy in ancient Greece, which suggests that cannabis was perceived primarily as a pleasure-inducing food, not a medicine. 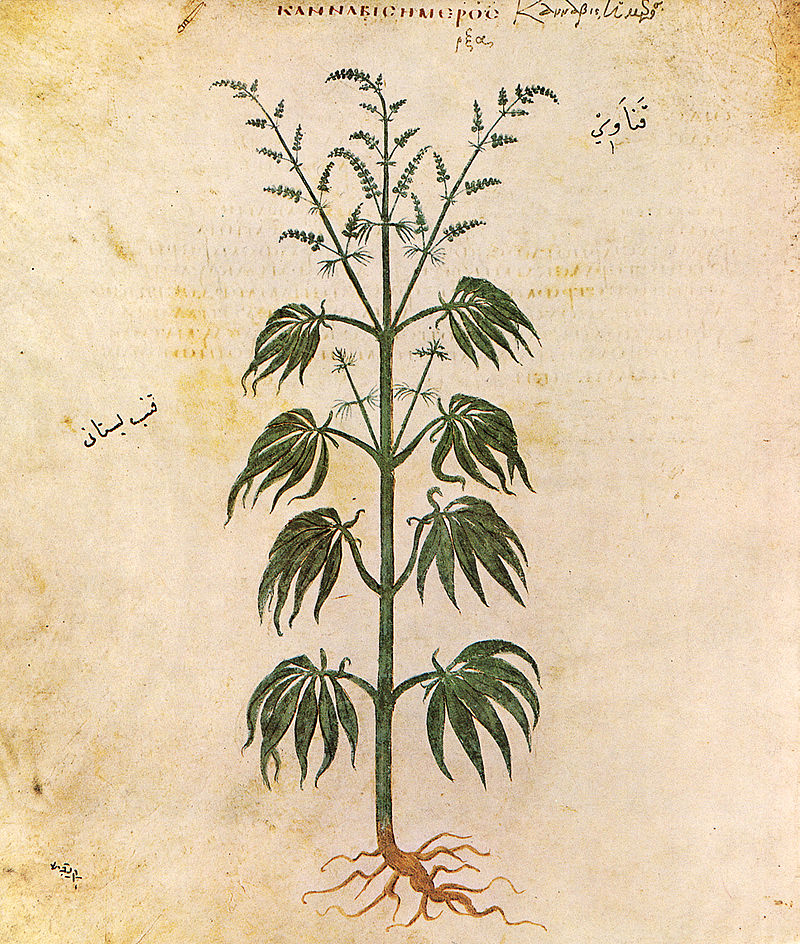 Four centuries later, Dioscorides included mention of marihuana in his monumental botanical study entitled Historia Materia, which became the first recorded Roman account of cannabis in the ancient world. In it, Dioscorides characterizes cannabis as “plant of much use in this life for the twisting of very strong ropes, it has leaves like the Ash, of a bad scent, long stalks, empty, a round seed, which being eaten of reduces sexual activity, but being juiced when it is green is good for the pains of the ears.”

Dioscorides’ account of cannabis as an earache reliever and sexual dampener represents the first scientific description of the plant and its uses. Two centuries later, Galen, one of the most famous physicians of the ancient world, made mention of cannabis seeds as a potent ingredient present in certain luxury Roman desserts and treats. Galen described the effect produced by cannabis seeds as uplifting and warming, but warned that these seeds could cause dehydration and diminish sexual desire if taken in excess.

As cannabis becomes an ever more important treatment choice and a source of new industry, understanding the role that cannabis played in the technological, medical and spiritual development of ancient societies has become an increasingly hot topic. In just the last twenty years, scientists have begun to recognize the wealth of thousands of years of collective medical and cultural knowledge, rekindling the story of cannabis in the ancient world in the process.

Looking for some of the best cannabis in your area? Sign up to GreenRush today and get instant access to the best dispensaries near you. Plus, use the promo code below and you'll also receive $20 off your first FOUR online orders. What are you waiting for?