What is Hash and How is it Made?

Hash, or hashish as it’s commonly known, is made of the most potent part of the cannabis plant only – the trichomes. To create hash, the trichomes must be delicately removed from the plant. These glistening structures are the cannabinoid rich medicine which we seek the benefits of. The end result of trichome removal is a rich, highly concentrated medication capable of testing in THC ranges from 40 – 90%.

Hailing from Central and Southern Asia, hash is one of the many bi-products of cannabis.  Historically, Hash has long been a favored method of administration for cannabis users. Due to an almost complete lack of water, Hash is essentially impervious to mold spores, meaning it can be stored and smoked for longer than any form of cannabis. Properly stored hash will last years without going bad. 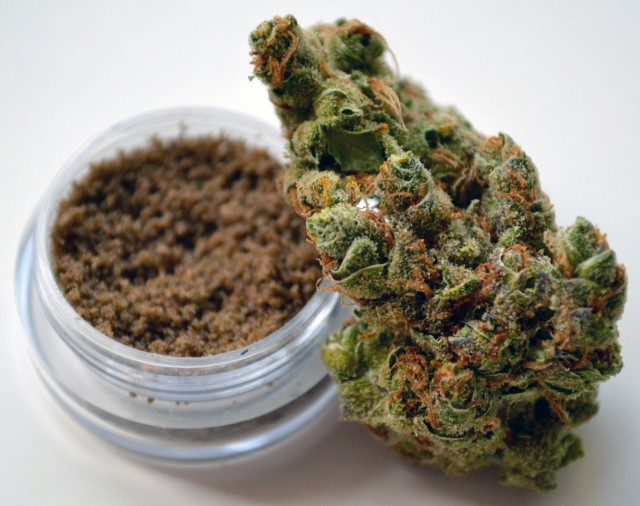 How is Hash Made?

Making hashish is time consuming but surprisingly simple. The most common method , and one that has been traced millennia to India, is trichome collection via handling the plant. These fragile structures fall off at the slightest touch. Therefore, handling live cannabis plants results trichomes sticking to your skin, forming a layer of resin on your hands. Now all you’ve got to do is scrape it off and roll it into balls. Presto, you’ve got hash!

Though simple, this method is excruciatingly inefficient. Most commonly used in countries like India and Jamaica, very few (if any) employ this method of production elsewhere. Instead, many opt to filter their cannabis to produce higher yields of kief – the pure, unprocessed trichomes. The end result of cannabis filtration. 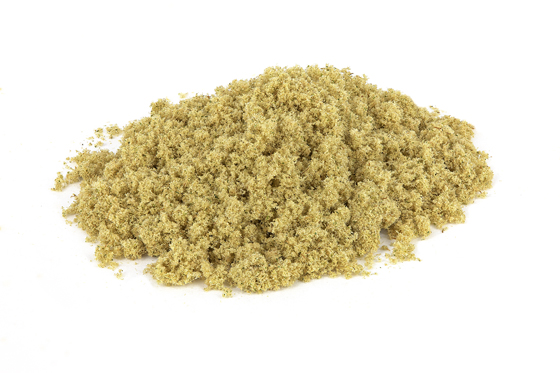 The filter method is a way of collecting those precious trichomes while letting Mother Nature do all the hard work. After laying out dried cannabis plants on to specially designed sieves, all you’ve got to do is shake. By disturbing the dried plants atop of the sieve, the trichomes break off, sifting through. It’s like sifting for gold.

Modern hash tends to be produced via one of two methods: ice water extraction, or chemical extraction. 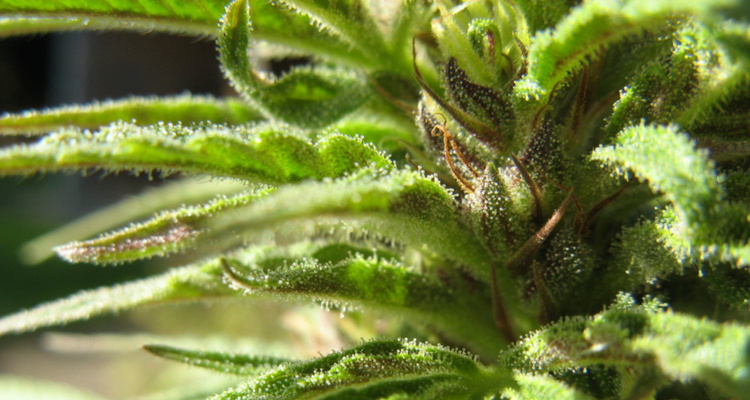 A close-up of female trichomes.[/caption]

Bubble hash is the result of ice water extraction. This method is responsible for most of the hash you will find at your local dispensary. The process involves simply stirring resinous cannabis plant matter in a bucket of ice cold water. The goal to freeze and separate the trichomes from the plant matter. This water is then poured through a series of several filters to separate the good from the great. The end result results in a pile of wet, clay-like trichomes sitting at the bottom of your bag. This hash can then be dried out and pressed. It’s not uncommon for the THC levels in bubble hash to hit heights of 70 or 80 percent.

The chemical extraction method is a modern means of making hash that incorporates a little science. Trichomes are purely soluble in butane or rubbing alcohol. Hash producers commonly spray plants with a blend of these chemicals before collecting the rich run-off. This liquid, essentially a trichome-rich soup, can then be carefully heated in a vacuum chamber to evaporate the solvent. The result is an extremely potent form of hashish with THC levels that have been to known to reach heights of 90%.

As hash is essentially concentrated cannabis, the product promises users more potency in comparison to smoking flower. With growing interest in the medical benefits of both CBD and THC in the recent years, hash production is picking-up. With the range of products available becoming ever more varied, be sure to try hash as an alternative to your usual medicine. Log in, browse the menu and allow GreenRush to help you get some concentrated awesomeness delivered in one hour or less.

Get Hash Delivered to Your Door

If you’re ready to try something new, you’ve come to the right place. Sign up to GreenRush today and get instant access to more than 15,000 products from over 300 partners.

Use the promo code below and receive $80 of free weed. What are you waiting for?!