Lemon Haze is a delicious sativa strain that’s favored by both recreational and medical cannabis users around the nation. It is renowned for it’s distinct citrus aroma and for producing strong, cerebral effects that induce euphoria and boost productivity.

In this post we take an in-depth look at this popular sativa, including its origins, cannabinoid profile, and much more. Remember, to get the best cannabis delivered in your area, sign up to GreenRush today and use the promo code at the end of this article to receive $20 OFF your first FOUR orders.

The origins of Lemon Haze are somewhat of a mystery.

According to Leafly, this strain is a cross between Lemon Skunk, a top-shelf hybrid developed by DNA genetics, and Silver Haze, a strain renowned for producing strong, cerebral effects and euphoria.

Royal Queen Seeds, however, disputes this, arguing that Lemon Skunk was initially crossed with Amnesia Haze, a powerful sativa strain with South Asian and Jamaican roots.

Lemon Haze buds are usually lime green in color, finished with a subtle yellow hue. The buds are generally quite lengthy in comparison to other strains, and as typical amongst sativas, tend to be loose and fluffy.

Any quality batch of this strain will be coated in a frosty layer of THC-rich trichomes and speckled with reddish orange pistils.

As the name suggests, Lemon Haze has an intense, overwhelming citrus aroma. When left in a jar with other strains, its aroma is definitely one of those that dominates. Behind the initial waft of fresh lemons are some slightly sweet notes, reminiscent of lemon drop candies or a lemon pie.

A dry toke of a joint will generally give off some slight citrus notes, although they are noticeably more subtle than the aroma. Once you light it, those citrus notes tend to stick around, making for a very enjoyable, mild-flavored smoke that’s very smooth.

Lemon Haze is treasured by patients and recreational users around the nation for its textbook sativa “high”. It produces very uplifting effects, leaving you coherent and fully functioning to concentrate on your daily tasks.

Most users report boosts in creativity, productivity, and motivation when using this strain, as well as strong euphoria. The effects of Lemon Haze tend to stick around for at least a couple hours.

Analytical 360, a lab dedicated to testing cannabis products in Washington State, has tested multiple batches of Lemon Haze. Below are the cannabinoid profiles of 3 test results published by Analytical 360:

The concentration of terpenes in Lemon Haze varies, depending on the genetics and grow conditions of each individual plant. Below we’ll summarize the terpene profiles of one batch of Lemon Haze, tested by Analytical 360 in October 2015.

This batch boasted an extremely strong terpene profile, featuring specially high levels of Terpinolene (1.08%), a notable sedative and antioxidant that has been found to reduce the progression of cancer.

It also contained high concentrations of myrcene (0.669%), a terpene with analgesic properties similar to those found in lemon grass tea. Myrcene also works as an anti inflammatory and, when administered in very high doses, is shown to have sedative effects.

This particular batch of Lemon Haze was also high in alpha-pinene, which has been shown to have anti-inflammatory effects and work as a broad-spectrum antibiotic.

Other terpenes found in Lemon Haze include:

Thanks to its euphoric, uplifting, and energetic effects, Lemon Haze is a great strain to use during the day in order to relieve symptoms of stress and depression.

Some users also find it particularly useful for curbing low-motivation or fatigue and inducing creative/productive bursts of energy.

Lemon haze also offers mild pain relief and may help patients who suffer from a strong loss of appetite.

Want to try this uplifting sativa for yourself? Sign up to GreenRush today and get Lemon Haze as well as hundreds of other strains delivered in minutes.

GreenRush provides medical cannabis patients in California with instant access to over 15,000 cannabis products, including flowers, edibles, concentrates, and accessories. Best of all, use the promo code below and you’ll get $20 off your first FOUR cannabis orders. 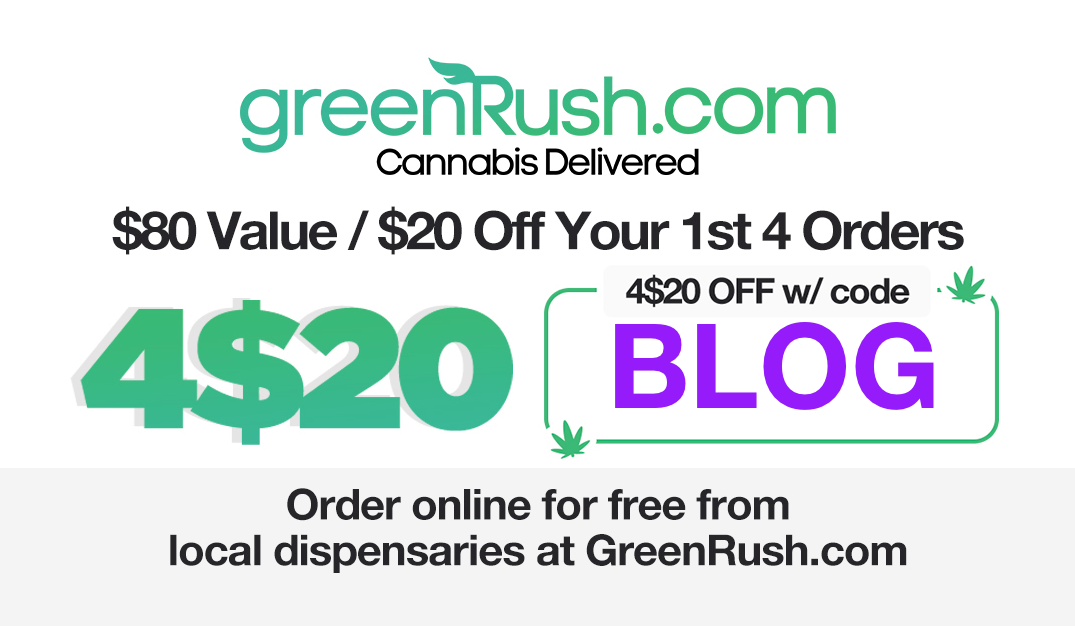