Following an epic performance at UFC 196, Nate Diaz and featherweight champion Conor McGregor will step back into the octagon this Saturday for their long-awaited rematch.

Nate Diaz, a California local from Stockton, surprised everyone but himself at UFC 196 when he beat the Irish featherweight champion who was forced to tap out from a rear-naked choke.

This Saturday, the two will face off again in Las Vegas as part of UFC 202 Bad Blood. For more information about the fight and Nate Diaz's background, keep reading.

The Diaz Brothers: The UFC’s Voice for Cannabis

Nate Diaz and his brother Nick have been in the spotlight lately for their open support and use of cannabis. After smoking McGregor in March, Nate and Nick received custom bongs from a trio of cannabis companies.

After receiving their custom-made glassware, the two brothers also got a warm invitation from none other than Bob Marley’s son, Julian Marley, to get together and enjoy some of his favorite strain, Lamb’s Bread. There was only one catch; they’d have to leave their bongs at home and learn to appreciate weed like real rastas, namely by sparking a big, fat joint.

Before that, Nate was also reported smoking cannabis with Cypress Hill’s B-Real at the Cali Roots festival back in 2015 (pictured above). The photo was also posted on B-Real's Instagram account with the following caption:

"Here with the homie @natediaz209 backstage at #caliroots !!! You can see the aftermath of the chief session in our eyes .. Lol shout out to the homie ... #natediaz #mma #breal aka#drgreenthumb #cypresshill #brealtv"

Nate’s brother Nick received a suspension from the UFC after testing positive for cannabis in September 2015 and being fined $165,000. In an interview with High Times magazine, Nick insinuated that the tests may have been rigged, calling the UFC “full of shit.”

“The whole thing is—I don’t even wanna say the word, but it sounds like a setup … like the whole thing was just set up for everything to go down the way it did. It’s such a joke,” he said

“I knew that if I was tested, I’d come up under 15 nanograms—which I did. I knew I wasn’t going to come up over 100 nanograms, which was their level. Then I was tested five days later and came back seven times higher… Whatever happened is bullshit: I never got tested that many times—at least five times from when I got to Vegas, before the fight and after.”

Nick’s original suspension was set for 5 years but was dramatically reduced after public outrage at the decision, which went so far as an online petition to the White House demanding the ban to be lifted. Since August 1st, Nick is officially able to fight again and has already been called out for a welterweight title fight by Tyron Woodley.

Nate Diaz has also openly admitted to using medical cannabis; in an interview for Esquire, he defended his infamous comments that “everyone is on steroids,” by saying:

“I've already learned that everybody is on steroids. I'm cool with it, I don't care… You could be as strong as you want, and I say it's all good. You do your steroids and I'll smoke my medical marijuana and then we can get our fight on. I'm not really worried about it… Not that I'm gonna do that. But if you're gonna do steroids, we can do that, it's whatever.”

After his momentous fight against McGregor at UFC 196, Nate Diaz became a UFC superstar literally overnight. He accepted to face the notorious irishman with only 11 days notice after Rafael dos Anjos, McGregor’s original opponent, withdrew due to a broken foot.

While McGregor appeared to have gotten out to a faster start, Nate managed to step things up in the second round, dropping some big bombs of his own and eventually forcing McGregor to tap out by way of rear-naked choke. For highlights from the fight, check out the video above.

But even before his historic performance against McGregor, Nate Diaz was already paving his way to take over the UFC spotlight.

In 2006 he competed for the WEC Lightweight Championship, losing to then champion Hermes Franca. WEC was then acquired by Zuffa, LLC the parent company of the Ultimate Fighting Championship, which led Nate into his UFC career.

In 2007 he won the The Ultimate Fighter 5, beating Manvel Gamburyan via submission. Since then he’s gone on to win won multiple achievements and awards, including:

He has also won the most post-fight bonus awards (14 in total) and has the second-most submission wins in UFC history. 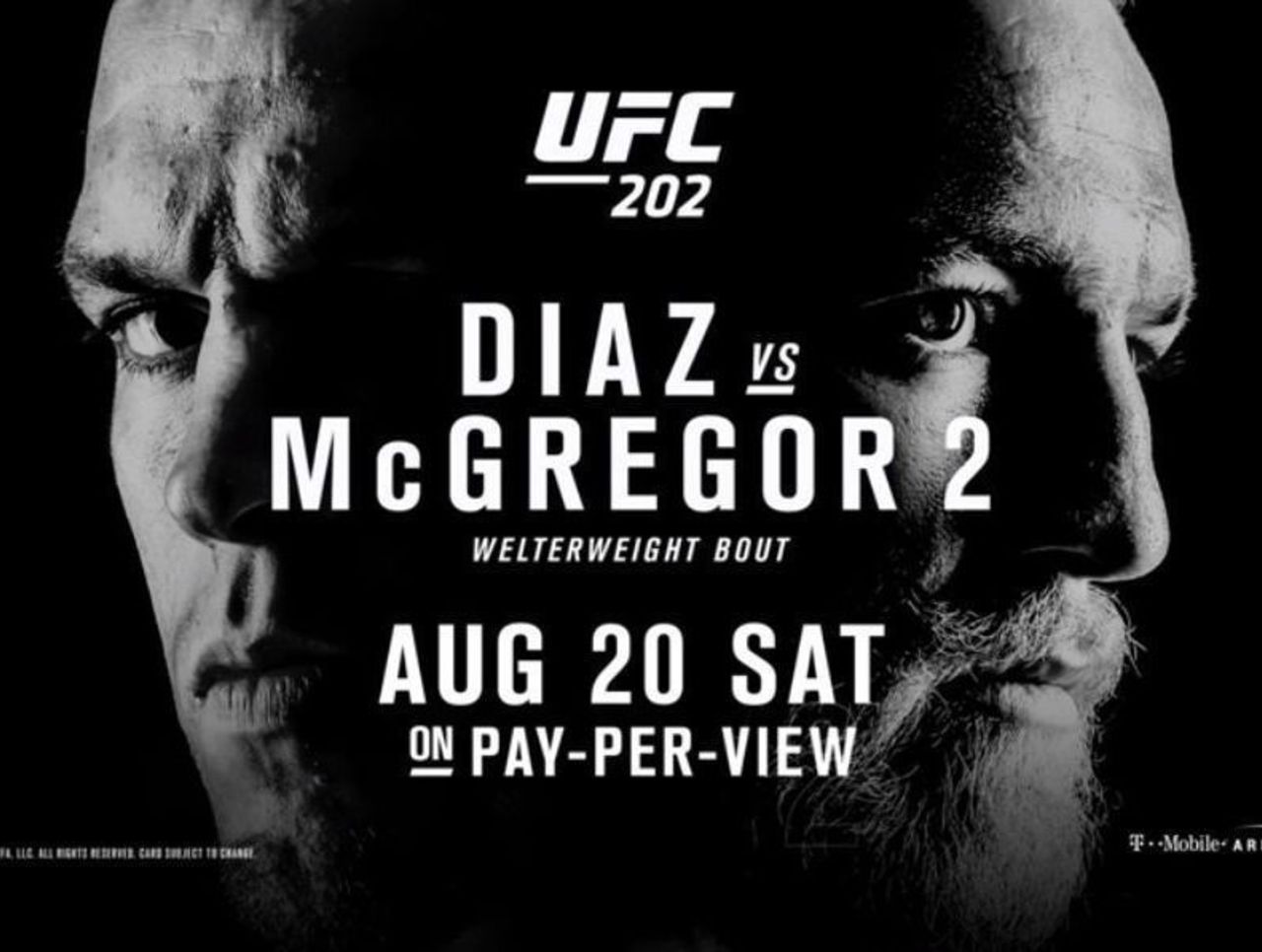 This Saturday, Diaz and McGregor will step back into the octagon for their long awaited rematch. To find out how to catch the action, visit the UFC website.

Sign up today and use the promo code below to receive $20 off your first FOUR cannabis delivery orders. For information about medical marijuana and cannabis news, check out the GreenRush blog.