Having won numerous cannabis cups, the California classic OG Kush, is world renowned for the heavy euphoric effect it produces. OG Kush has inarguably become one of the most popular strains in the U.S.

In this post we take an in-depth look at the true California classic. We'll be taking a look at its origins, medical benefits, chemical profile, overall appearance, aroma, and flavor. Read on, and remember to sign up to GreenRush today for instant access to the best cannabis in your area.

Use the promo code at the end of this article to get $20 off your first FOUR cannabis deliveries.

Please note: This article is based on vigorous research and user reviews. Your personal experience with OG Kush will vary depending on the cultivar, and your method of medicating. 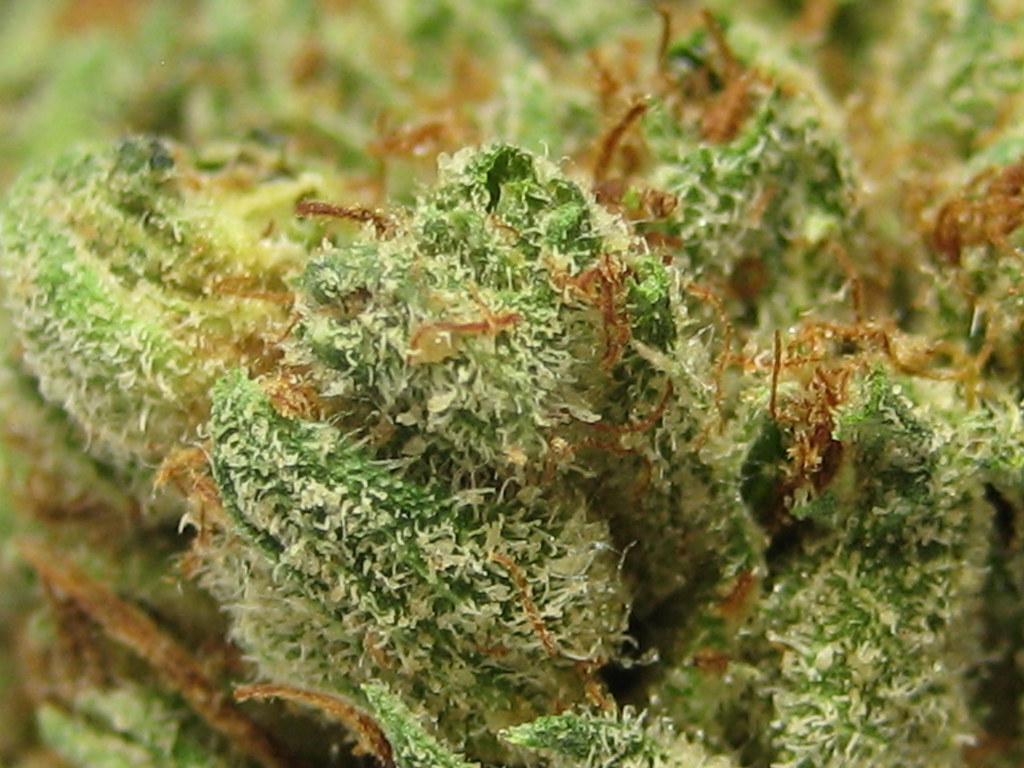 OG Kush has come to dominate the cannabis market across the US. It lends it's lineage many of today’s best strains, including Girl Scout Cookies, Alpha OG, and Bubba Kush.

It’s exact origins are unknown, but many believe it's an offspring of the legendary Chemdawg.

According to this Cannabis Now magazine article, Kush strains originate from landrace strains growing at high altitudes in Afghanistan and Northern Pakistan along the Hindu Kush mountain range.

Landrace strains from this area are generally powerful indicas. Dinafem, a european seed company that works with high quality California genetics, offers an indica dominant OG Kush that's up to 75% indica. It's unconfirmed whether the OG Kush dominating Californian market has any connection.

According to Royal Queen Seeds, a popular theory is that OG Kush is just a special cut of Chemdawg from the 90s. Dinafem on the other hand, claims that OG Kush came from a special Californian cut of Chemdawg that was passed along between various growers in 1993. At some point in 1993 Chemdawg landed in the hands Harold Putz, a Sunset Beach native, who then crossed it with a Thai Lemon and an Old World Paki Kush hybrid, creating today's OG Kush.

There's also a debate about the name of this strain. Some say the acronym OG stands for Original Gangster, while others say it's an acronym for “ocean grown”. Ocean grown is a California derived term attached to cannabis grown by the ocean in California. Dinafem claims it likely originated from a conversation in which Harold Putz was caught saying “this kush is ocean grown, bro.”

OG Kush flowers are known for being very compact in size. They’re usually covered with thick, red pistils, and coated in a frosty layer of trichomes. The flowers are usually very dense and can be particularly hard to break up, so make sure you've got a grinder handy.

The Taste and Smell

OG Kush is renowned by patients and recreational users everywhere for its pungent aroma and lingering taste. It’s unique aroma and flavor, combined with its whopping effect makes this strain so highly sought after.

OG Kush typically has a very pungent, yet fresh aroma. It often packs concentrated note of citric acid, which some compare to the smell of dishwashing liquid or soap. It's also common for OG Kush to have sweet, slightly earthy notes of diesel and spice.

In terms of flavor, a dry hit of a joint or pipe will give off very strong, pine flavors mixed with equally strong citrus notes. Beyond that, users frequently note its spiciness.

Dinafem states that its OG Kush contains up to 24% THC.

With that amount of THC, it's no surprise that OG Kush produces a very heavy, fast-onsetting effect that takes place almost instantly. It provides a very strong, euphoric mental buzz combined with an equally powerful body sensation.

After setting in, OG Kush leaves you feeling euphoric and relaxed. Some patients find this strain to be uplifting while others find it sedating. Regardless, the general consensus is that it's a potentially debilitating strain. OG Kush is best left for night time use, or when you’re do not need to be particularly productive. 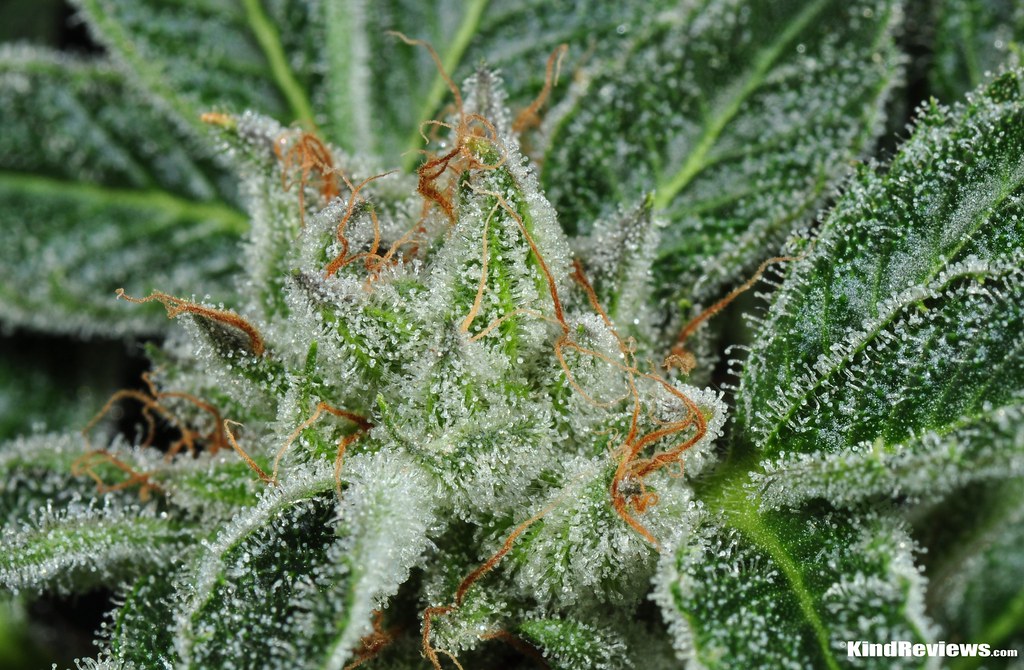 According to Leafy test results, OG Kush has a consistent THC level of 20-26%. It also contains small amounts of other cannabinoids such as CBD and CBG, although they are usually only found in concentrations of less than 1%.

Here is a quick breakdown of OG Kush’s cannabinoid profile based on test results by Analytical 360:

According to Analytical 360’s results, OG Kush has a very interesting and complex terpene profile. This is undoubtedly responsible for producing its distinct aroma and flavor.

It is particularly high in humulene, an essential oil created by the flowering hops plant. It's responsible for giving beer it’s hoppy aroma.

Humulene is also admitted into the atmosphere by pine trees, orchards, tobacco, and sunflower fields. According to a 2007 study published in the Journal of Ethnopharmacology, humulene was shown to have anti-inflammatory effects and reduce edemas in lab rats.

OG Kush is also relatively high in alpha pinene, which has been shown to have anti-inflammatory effects and work as a broad-spectrum antibiotic.

This strain also contains notable levels of caryophyllene, a terpene found in black pepper, responsible for its spiciness. A 2008 study published by the Proceedings of the National Academy of Sciences of the USA found that caryophyllene has anti-inflammatory effects in mice.

Other terpenes found in OG Kush include:

Due to it’s unique cannabinoid and terpene profile, patients look to OG Kush as a remedy for a variety of conditions.

This powerful Californian strain is commonly used to crush stress and alleviate physical pain. Some patients also find it a great strain to relieve symptoms of depression, must like due to it’s euphoric, relaxed effect.

Finally, some patients also choose to use OG Kush to relieve headaches and insomnia. 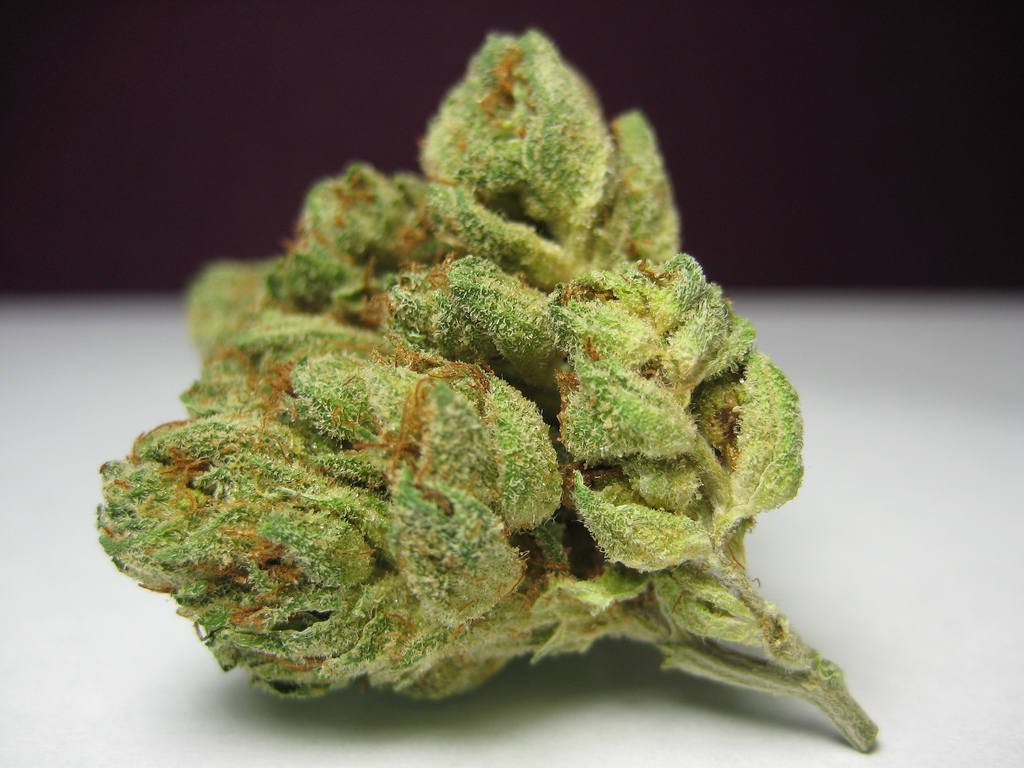 Mouth watering? Make sure you sign up to GreenRush today and you’ll get instant access to over 200 dispensaries and thousands of cannabis products. Best of all, you can have them delivered to your door within the hour.

Use the promo code below and you’ll get $20 off your first FOUR cannabis delivery orders on GreenRush.com. What are you waiting for?