Sour Diesel is an extremely popular sativa dominant strain thats taken the nation by storm. Whether cannabis is legal in your state or not, if you've smoked weed, chances are you’ve smoked this strain.

In this post, we take an in-depth look at Sour Diesel; its origins, lineage, chemical profile, medical benefits, and more. Sign up to GreenRush today and start getting your cannabis delivered in minutes.

There’s a promo code at the end of this article to get $20 off your first FOUR cannabis orders!

Please note: This article is based on vigorous research and user reviews. Your personal experience with Sour Diesel will vary depending on the cultivar and your method of medication. 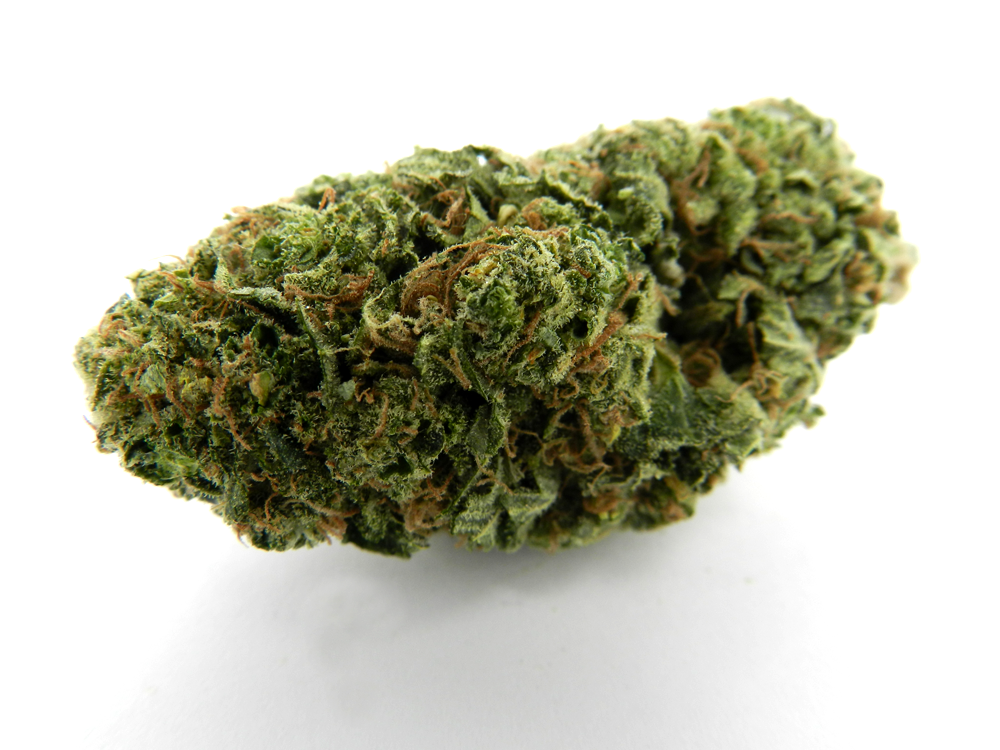 Sour Diesel was created by the legendary Breeder Chemdog. According to Al Jazeera America, Chemdog was discovered following The Grateful Dead around for their summer tour in 1991 when he got his hands on, “the best damn weed he'd ever smoked” from a random dealer.

He then took the dealer’s phone number had an ounce of that weed sent to him in the mail. In that weed came 13 seeds which would go on to give birth to some of today's most legendary cannabis strains. These strains include the legendary OG Kush and the legendary Chemdog 91, the mother of Sour Diesel.

There are many theories circulating in regards to Sour Diesel’s exact origins and lineage. Leafly acknowledges that Sour Diesel was created by Chemdog but suggests that it may be a cross between Chemdawg, Northern Lights, and Skunk No. 1.

The Nug on the other hand, argues that it could simply be a sativa-dominant Chemdawg phenotype, while reknowned California Cannabis horticulturist Ed Rosenthal believes the strain's lineage stems from a combination of Chemdog and Mexican Sativa.

Regardless of it’s exact lineage, all sources agree that Sour Diesel is one of the most iconic strains the industry has ever seen:

"Recommending Sour Diesel as a weed critic is like a music writer extolling the virtues of The Beatles", "or a historian making a case for George Washington as a great president", wrote Jake Browne, one of the Denver Post's cannabis reviewers.

Sour Diesel buds are usually a rich, earthy green color, and are generally spotted with fine orange pistils. These buds are usually coated by a thick layer trichomes and are super sticky, hinting at its potency. Sour Diesel can grow quite tall and produces thick, dense buds, sometime having slightly purple tinges.

Sour Diesel is one of the rare strains instantly recognizable by its unique, extremely pungent aroma. This strain boast an overpowering diesel smell, broken up by softer concentrated citrus notes. Very subtle grassy undertones are too often noted.

The taste of Sour Diesel is very mellow in comparison to it’s smell.

Sour Diesel is known for producing an uplifting, energetic effect. It will leave you very motivated and focused, allowing you to easily get lost in a specific task for a couple of hours.

In a column for The Cannabist, Denver-based comedian Jake Browne vouches for Sour D’s uplifting effects:

“As it turns out, Sour Diesel and I make a great maid service...Gearing up for her [Browne’s fiance] surprise birthday party (don’t worry: she doesn’t read my column) I smoked a quarter-gram and began ripping couches away from walls to find whatever Sheltie hair and menacing spiders had been calling the space home.

Our guests can’t know these things exist. Compared to a haze strain, the energy was much more focused as I methodically worked through the living room with the precision of Jack Bauer clearing a building of potential threats. I went full “24” on it.”

It is also considered a very cerebral strain, producing a creative very creative effect without any “couch lock”. 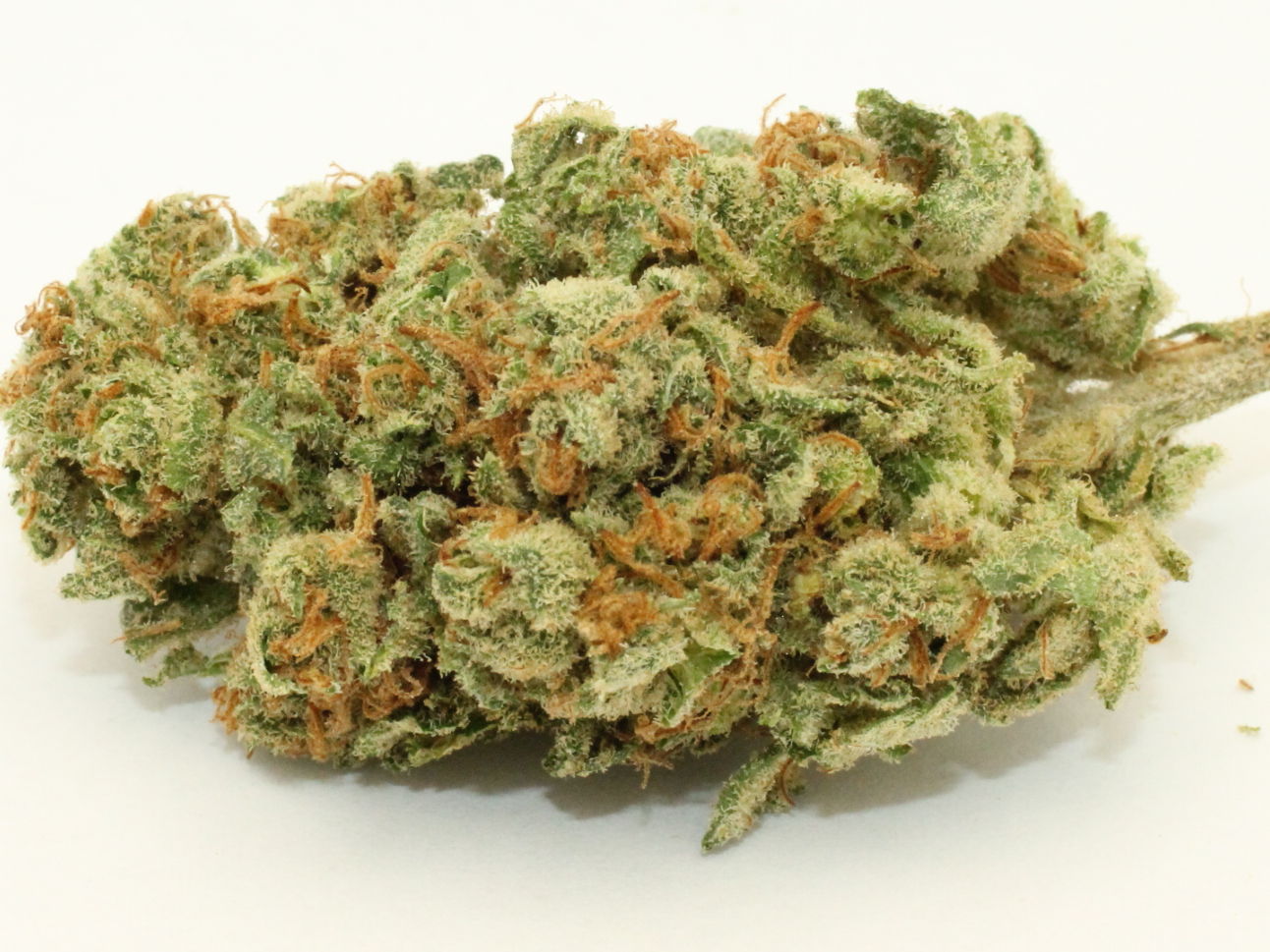 Analytical 360 has tested two samples of Sour Diesel. Unfortunately, they do not specify where they got either of those sample, but they do offer some solid insight into the cannabinoids in Sour Diesel.

Here’s a breakdown of the cannabinoids in the first sample of Sour D, tested in January 2014. This sample was notably high in CBG. CBG has been found to effectively treat inflammatory bowel disease and may also be useful in the treatment of glaucoma:

Here are the cannabinoids in the second sample (notably stronger in THC), tested in June 2015:

The two samples tested by Analytical labs also had varying terpene profiles. The first sample was noticeably low in overall terpenes except

The second sample of Sour Diesel tested by Analytical 360 had noticeably higher concentrations of terpenes.

This saple was extremely high in linalool (8.66%), a terpene which when inhaled, has shown to reduce stress in lab rats. It was also high in limonene (3.62%). Limonene, a terpene found in lemon and other citric fruits has shown to effectively relieve digestive issues, such as acid reflux and indigestion.

It also contained high levels of other terpenes, including:

Jake Browne, in his column for The Cannabist, admits to regularly suffering from lower back pain and that says Sour Diesel didn’t offer very effective relief from his symptoms, but it did allow him to stay so focused on his task that he didn’t realize the pain had struck, at least for some time.

“I didn’t seem to notice until I was two hours in that a dull ache had crept up. Sour D isn’t the best at knocking out heavy pain, but this was a good example of a time when simply being distracted was enough to win the day,” he says.

Due to it’s slightly euphoric, yet relaxed, and clearheaded effects, many patients find that Sour Diesel is a great strain for relieving symptoms of stress, depression, and even fatigue.

Are you ready to try this incredible sativa for yourself? Sign up to GreenRush today and get Sour Diesel and other top cannabis strains delivered straight to your door in minutes.

GreenRush gives you instant access to thousands of cannabis products in your area. Use the promo code below and you’ll get $20 off your first FOUR cannabis orders.