In this post, learn about telemedicine and virtual cannabis clinics. Plus, sign up to GreenRush today and use the promo code at the end of this article to receive $20 off your first FOUR cannabis orders.

Telemedicine is the use of telecommunication in order to exchange medical information between a patient and his doctor, essentially allowing virtual doctor visits. Over the last few years, health care providers have acknowledged the benefits of utilizing telemedicine to improve doctor interaction with patients and improve clinical care. There's been particular progress in the realm of telemedicine and medical marijuana recommendations. 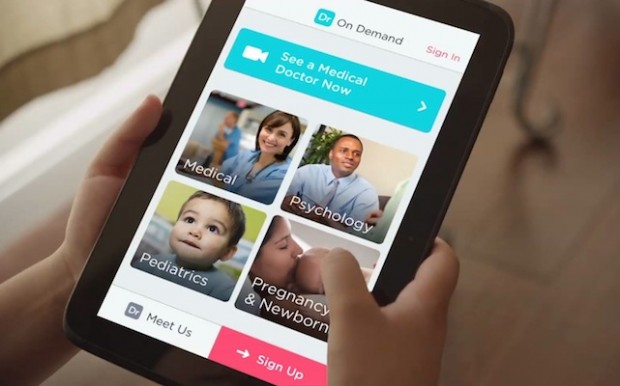 In 2014, telemedicine made huge waves within the medical and tech arenas when Kaiser Permanente launched its Telehealth program and Dr. Phil's Doctor On Demand raised $21M in funding. More recently, KP Ventures, the corporate venture capical arm of Kaiser Permanente, invested $10M into their Telehealth program. According to Kaiser Permanente, their Telehealth program expanded the reach of the health care provider's clinical services by "creating a new point of care for patients at a time and place that is convenient for them." While Kaiser's telemedicine program is situated for its own patients, Doctor on Demand focuses on reducing the costs of medical care by allow patients to engage in video conference calls with their own doctors. This past June, Walgreens announced the expansion of its telemedicine program, MDLive, and made its service available to customers across 25 states. Even more recently, the company announced its plan to expand its telemedicine service even more by releasing an app. There is no doubt that as more corporations begin to embrace telemedicine, this innovation is here to stay. 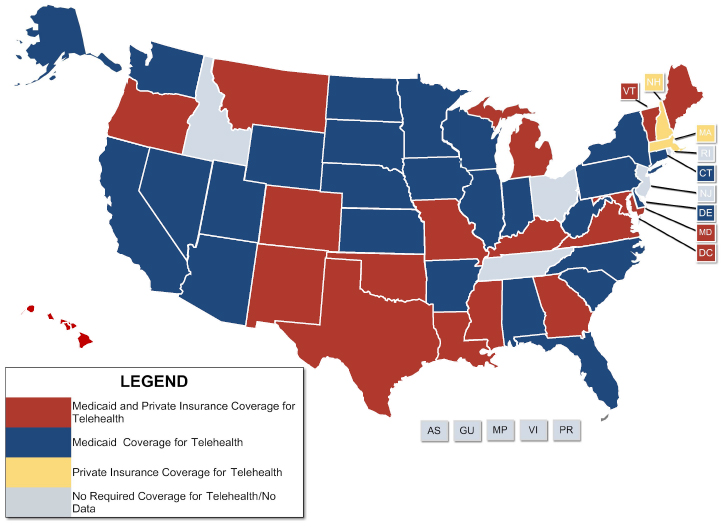 In response to telemedicine's advancement, 30 states and Washington D.C. have ratified telemedicine parity laws. So what does this mean? This means that starting Jan. 1, 2016, over half of the country will have laws that enforce coverage for medical services that are provided via telemedicine. However, states' parity laws differ as to whether this medical service is covered by medicaid, private insurance, or both.

California's parity law,known as the Telehealth Advancement Act, was enacted in Jan. 1, 2012. This Act focuses on "telehealth," rather than "telemedicine," and has provided patients with the financial aid necessary to seek telehealth services in the same manner they would receive coverage though traditional healthcare. It also places no limits on the location of where telehealth services may be provided, removes the ban on email or telephone-delivered service, and recognizes all California-licensed health professionals as telehealth providers. 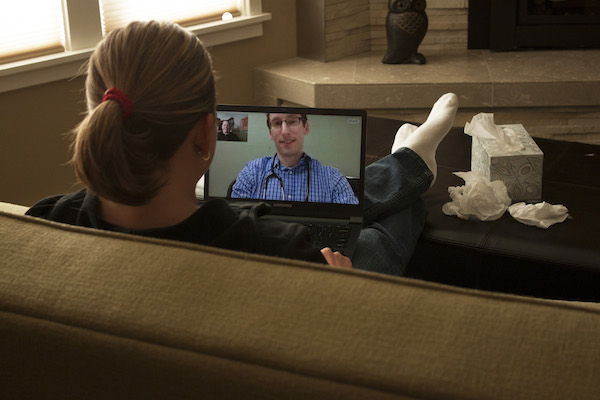 The wave of telemedicine has swept through the medical services arena and medical marijuana services are no exception. Furthermore, California's Telehealth Advancement Act has enabled healthcare coverage for patients who seek medical services for medical marijuana recommendations. These patients are largely comprised of middle-aged women, professionals, retirees, and military veterans. Unlike the typical demographic that is often associated with the cannabis industry, these patients are often looking for alternative forms of medical treatment for a wide variety of ailments.

Even though medical marijuana has been legalized in California since 1996, access to medical marijuana services may be challenging for patients for a variety of reasons. Physicians that provide medical recommendations are often located in an area that is more laborious to access and the office may not operate during after-work hours. Additionally, professional patients may not always feel comfortable walking into the office due to a lack of discretion. Telemedicine has advanced medical marijuana services by providing patients with convenient access to licensed physicians without facing such difficulties. By using electronic communication, the patient can have a virtual visit with the doctor and receive the recommendation they need without leaving the comfort of their home.

Telemedicine and Medical Marijuana Recommendations: Where Do We Go From Here?

Whether it be through video streaming or live chats, technology has created an on-demand culture in the services industry. GreenRush’s on-demand medical cannabis platform is the industry leader, with features that make it easier than ever to have medical cannabis delivered wherever you happen to be in California.

With the continued rise of services like Kaiser Permanente's Telehealth program, Dr. Phil's Doctor on Demand, and Walgreens's MDLive, there is no doubt that the telemedicine boom will be heavily embraced by this tech-savvy generation. Numbers already show that the demographic actively seeking medical marijuana services feels comfortable accessing information and services through their electronic devices. In short, it is safe to say that telemedicine will have a significant impact on future access to medical marijuana services.

Read to try medicating with cannabis? Sign up to GreenRush today and get access to the best dispensaries in your area stocking only the finest products. Best of all, use the promo code below and you'll receive $20 off your first FOUR orders.