What Happens When You Smoke Weed?

What happens when you smoke weed? Errm…You get high?

Well, that was easy. Please return to our blog page to browse other articles of interest.

Hold it right there! We’re just kidding, obviously. In fact, over-simplifying cannabis like this explains how it managed to find itself outlawed in the first place. The truth is, once you scratch beneath the surface, cannabis is complex. Really complex. Like that kid at school who’s good at sports, but deep down just wants to be a dancer, even though he’s not sure his Dad will eve- actually, you know what, never mind that analogy. We’ve got important things to focus on. Let us begin.

What happens when you smoke weed? 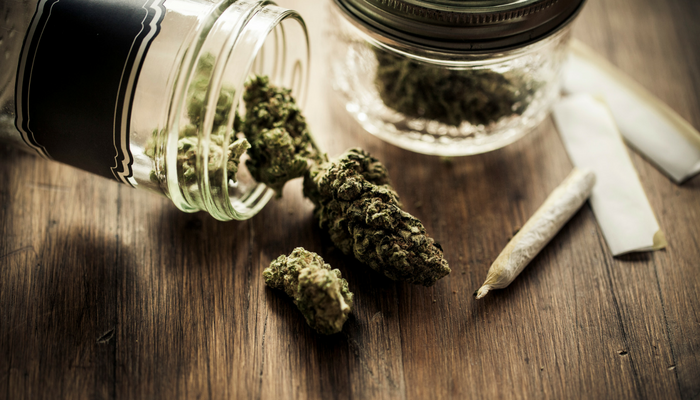 Effect on the Mind

We don’t want to get too technical early on but a brief neuroscience lesson will do us all some good.

Your brain is made up of highly-specialized cells called neurons. These cells communicate with one another thanks to neurotransmitters – chemical messengers that bridge the gaps between them. These messengers let your neurons know how to react at any given moment.

One type of neurotransmitter long-present in the human body – the endocannabinoid – has the same effect as cannabis: heightening or lessening feelings of anxiety; increasing hunger, muscle relaxation and slowing speech. It is, for want of a better term, your inner bong hit.

Meanwhile, when cannabis is metabolized, it produces what are known as cannabinoids. THC and CBD are two such examples of these, and the most prevalent in nearly all weed strains. They are identical, in size and behavior, as the endocannabinoids your body already makes.

When THC and the other cannabinoids enter the body, they simply target the same receptors as the endocannabinoids and overwhelm the neurons. The basic systems that keep your body alert become flushed, leading to the classic symptoms one experiences when high.

While this little saga plays out, THC, the super psychoactive cannabinoid in cannabis, triggers an influx of dopamine, a hormone associated with feelings of euphoria. This explains why you’re finding the world a better place after a terrible day at the office.

It is important to note, as this stage, that CBD is a non-psychoactive cannabinoid, and therefore has no effect on your psychological state. Choosing instead to work its magic on the physiological side of things. Which leads us nicely on to the next part… 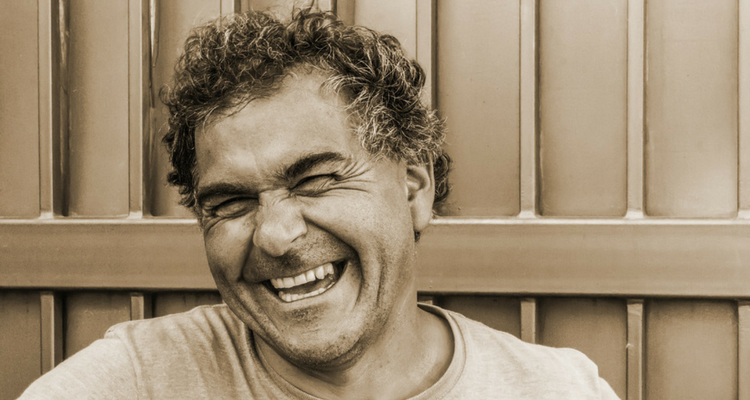 Effect on the body

As discussed in previous posts, CBD is the cannabinoid that is really interesting the medical world. Whilst it has no psychoactive effects – meaning, unfortunately, no blissful deluge of dopamine - it works wonders on the human body instead.

When CBD binds at receptor sites, it produces anti-inflammatory chemicals, which get to work soothing tissues and cartilage in the exact same way your body’s phagocytic cells already do. Meanwhile, CBD also produces an acid with potent anti-inflammatory effects comparable to many over-the-counter remedies. This is simply the by-product of a chemical reaction, however. No different, on a chemical level, to what would happen were you to stop reading this article to take an aspirin or two.

The rather peculiar healing powers of CBD remain a focal point of several branches of medicine and were the silver bullet in weed finally being legalized in many US states. To read more about how CBD provides relief for sufferers of a particular condition, see our article on CBD and Arthritis here. 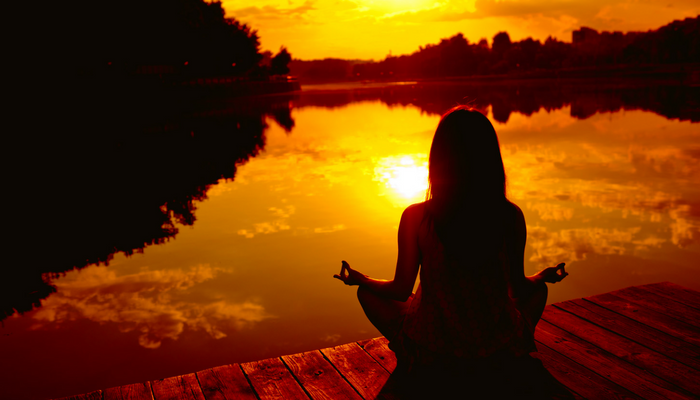 Of course, the levels to which these various eventualities take place are affected by the dosage and type of strain, plus how it was metabolized to begin with.

If you’ve read some of our blogs in the past, you may already be aware that Indica strains are, generally speaking, heavy in THC. They are therefore more likely to produce an intense psychoactive effect, with feelings of euphoria, anxiety and paranoia all likely to be heightened.

Sativa strains, on the other hand, are low in THC but high in CBD. Meaning that psychoactive effects are less likely to take place. Replaced, instead, with a sense of lethargy. For some, especially those that suffer from insomnia and other psychological conditions such as PTSD, this is precisely the desired effect.

For more information on precisely which types of weed you’re looking for, check out our menu, which includes a brief description of the type of high you’re likely to experience.

Smoking weed causes cannabis to hit the bloodstream quickly. A user would typically expect to feel at least some of the above take place within half an hour of consumption. Lesser still, for users of vapes. Whereas those that choose to consume edibles are unlikely to see any difference whatsoever during this time. However, the high resulting from the consumption of edibles is likely to be intense and long-lasting. Neither is better, neither affects the science of what it is that happens in the body, but they do influence time and intensity.

Either way, expect to feel euphoric, lethargic, hungry, paranoid, sweaty, numb or anxious at some point in the next few hours. Not all that the same time, obviously…See, who said this weed thing was a simple case of “getting high”?

When we speak of the long-term effects of weed consumption, we are usually talking about the psychological aspects. Some may argue that smoking itself has a degenerative effect on a weed user’s health but, with so many edibles available on the market, this needn’t be the case at all. 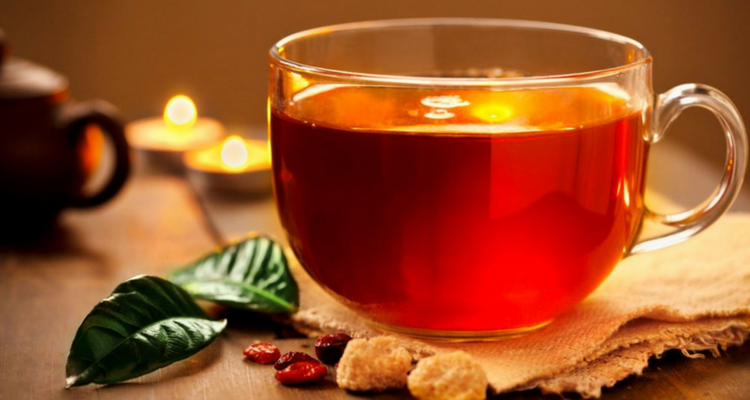 Cannabis can be added to anything - edibles don't need to be unhealthy. Image courtesy of cuisineandhealth.com.[/caption]

The issue is, the long-term effects of habitual weed consumption are still very much an unknown quantity. Studies have shown that paranoia and cognitive impairment are common, whilst others have completely disproved this theory.

While not knowing precisely what happens when you smoke weed may scare some, there appears to be no research suggesting it has anything like the pernicious effect of alcohol.

Now you know what happens when you smoke weed, sign up to GreenRush and get instant access to over 15,000 products from over 200 dispensaries. And, as a special introductory offer, simply use the promo code below and receive $80 in free cannabis delivered! 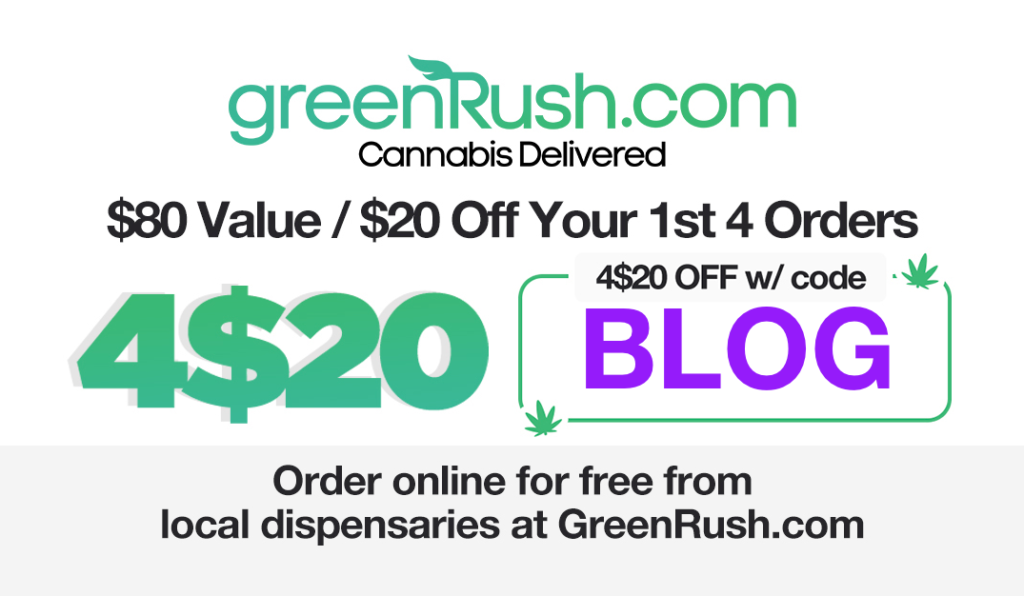