What is Hash: How It’s Made, Where It’s From, and How to Make it at Home

“What is hash?” Whether you’re a cannabis veteran or a new user, chances are you’re intrigued by the sweet, golden concentrate on display at your local dispensary. In this post we take an in-depth look at hash, its origins, and share unique tips on how to make it at home.

Cannabis concentrates are taking the market by storm. Most dispensaries carry a line of wax, hash, or oil that promises to change the way you medicate.

In this post we’ll take an in-depth look at one of the world’s oldest concentrates; hash.

While it’s exact origins are unclear, this iconic cannabis product has been around for centuries.

Cannabis connoisseurs and patients around the world rely on this sweet, golden substance to deliver high quantities of the cannabinoids and terpenes they treasure.

Whether you smoke it, dab it, or use it to make edibles, read on to find out exactly what’s in the hash you use.

Best of all, use the promo code at the end of this article to receive $20 off your first FOUR cannabis delivery orders. What are you waiting for?

Hash is a colloquial term for an extract made from the trichomes of the cannabis plant. These are the tiny, hair-like crystals found on the buds, leaves, and stalks of cannabis.

Trichomes contain the highest concentration of cannabinoids such as THC, CBD, and CBN (among many others) as well as the terpenes that give your favorite strains their distinct aroma.

Hash is made by separating those trichomes from the plant matter. The end result is a product that contains the same cannabinoids found in dried cannabis flowers but in much higher concentrations.

Cannabis flowers, for example, generally contain a maximum THC concentration of 25-30%. Hash, on the other hand, can contain up to 65% THC, while newer forms of this traditional concentrate (such as hash oil) can reach a concentration of up to 95%.

It is important to remember that hash doesn’t necessarily have to be high in THC. It can also be made from strains that are rich in other cannabinoids, such as CBD or CBN.

Hash is usually solid and comes in hard, compressed blocks. Pure hash will have a golden-brown appearance while lower-quality hash will be slightly green as it contains more plant matter.

Solvent-based hash, such as butane hash oil (BHO) has a similar colour to honey and a softer, more pliable texture.

How is Hash Made?

There are many types of hash available on the market today.

Traditionally, hash was made using one of the following two methods.

Alternatively, hash can also be made using iced water:

These three processes do not use any chemicals to separate the trichomes from the plant, creating a natural end product.

However, hash can also be made using chemical solvents. These are relatively new processes and usually use butane, ethanol, or CO2:

This end products are usually referred to as hash oil, wax, or shatter, depending on slight variations of the above process. These products usually have a higher concentration of THC and other cannabinoids.

The History of Hash:

While hash may be one of the oldest forms of concentrated cannabis known to mankind, it’s exact origins are unknown.

The term hash is derived from hashish (حشيش), the Arabic word for grass. It was most commonly used to refer to hash from Morocco, the Middle East, and other Arab countries such as Egypt.

Hash in The Middle East 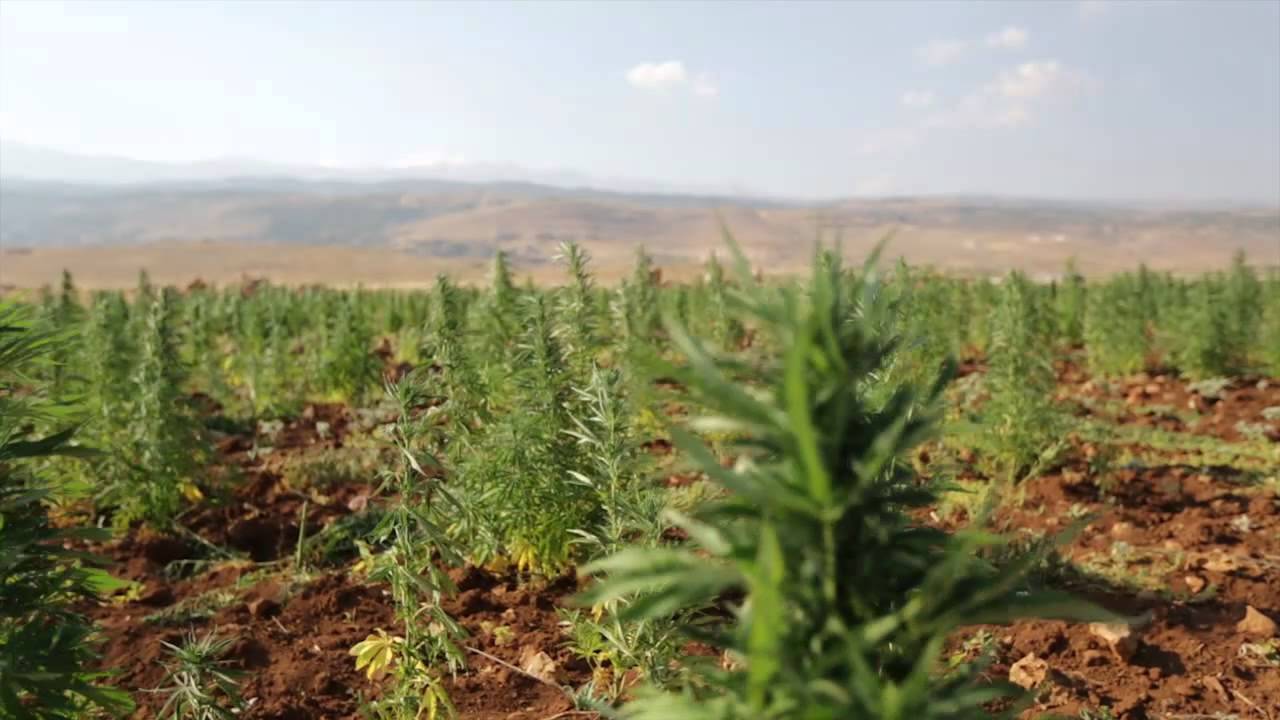 Hashish has been prevalent in Arabic and islamic society for thousands of years. In his 1971 book titled The Herb, Yale Professor of Semitic Languages and expert on Islamic civilisation Franz Rosenthal claims that hashish has been used as an intoxicant in Islamic societies since the 9th century AD.

It was first consumed by religious sects in Persia and modern-day Iraq on the eastern borders of the islamic empire. The use of hashish faced little cultural opposition as the Koran does not explicitly forbid it, unlike the use of fermented alcoholic beverages.

Regular mentions of hashish began to appear in islamic literature in the 11th century AD, when a Turkish people known as the Seljuks began to assume effective power in various regions. Hashish was referred to as zenith of the power of the Seljuks. 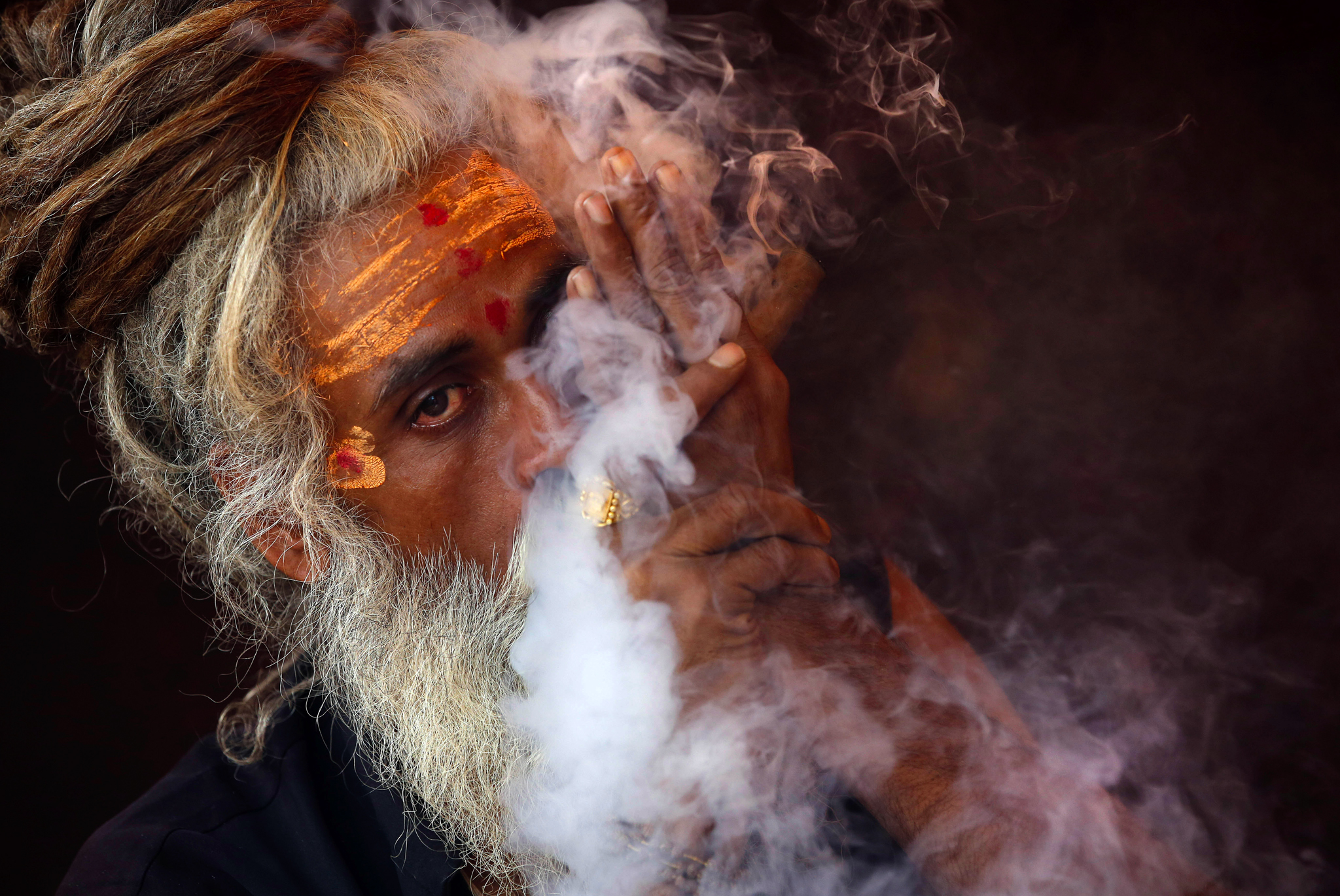 However, these are not the earliest references to hash in ancient cultures.

According to an 1982 article published in the Bulletin of the New York Academy of Medicine, concentrated cannabis was used in parts of the Indian sub-continent as far back as 1000 BCE.

In these regions, hash was referred to as charas. The cannabis plant has been growing wild along the Himalayas for centuries, and charas, ganja (cannabis flower) and bhang (a thick cannabis paste used to make edibles) have played a vital role in human society in this regions.

“Of course the greatest Central Asian "borderland," as far as psychotropic use of cannabis is concerned, is India. It was there that cannabis came into its own both as a narcotic and a medicine, largely because its association with religion gave it all the virtues conferred by holiness.”

Traditionally, harvesters would rub live flowering buds between the palms of their hands, causing the resin to stick to the skin. At the end of the day the harvesters would scrape the resin from their hands and compress it. This method would allow them to create roughly 8 to 9 grams of charas per day.

Due to growing demand for Indian hash, this traditional form of production is slowly dying out, and is being replaced by mechanical processes that some claim yield a lower quality product.

The Effects of Hash:

In general, hash tends to produce a clearer “high” than cannabis flowers. Due to its high concentration of cannabinoids, it can also be very intense, depending on how much is consumed.

Large amounts of hash can leave patients slightly “couch locked” while smaller amounts will can help ease pain, reduce stress levels and symptoms of depression, while maintaining a clear state of mind.

It is also important to note that hash can be made from both indica and sativa plants, which can play a part on the effects it has on patients.

How to Make Hash at Home:

If you’re keen to make your own hash, you’re in luck. Use the videos below in conjuction with our written instructions to create high-quality hash at home.

This is considered the best way to create high-quality hash in your home. However, it is extremely time consuming.

This is one of the most affordable and easiest ways to make hash at home. However, the end product is of lesser quality than that produced by hand rolling.

Note: Freeze your cannabis trimmings in a ziplock bag for a few hours or overnight for best results. This will allow the trichomes to separate from the plant material more easily.

Please note: Qualified medical marijuana patients in California can use and make hashish legally under state law as long as they do not as a solvent of any kind (such as butane). When making hash, always check with your local and state authorities to make sure you abide by the law.

Excited to try some high-quality, super potent hash? Join GreenRush today and get instant access to over 7000 cannabis products from over 200 dispensaries.

Plus, use the promo code below and receive $20 off your first FOUR cannabis delivery orders.