In this post we take an in-depth look at Jack Herer, it’s origins, chemical profile, medicinal properties, and much more. Remember to sign up to GreenRush today for instant access to the best dispensaries near you and use the promo code at the end of this article to get $20 off your first FOUR online delivery orders.

Please note: This article is based on vigorous research and user reviews. Your personal experience with Jack Herer will vary depending on the batch, the way you medicate, and your body's reaction to cannabis. Jack Herer, The Emperor of Hemp.[/caption]

Before we focus in on the look, smell, taste, and effects of this strain, let’s first examine its origins.

Jack Herer was first created in The Netherlands in the 1990s and has since grown to become a favorite among cannabis users.

Created by Sensi Seeds, a legendary cannabis seed company based in Amsterdam, it is a three-way cross between Haze, Northern Lights #5, and Shiva Skunk, and hopes to capture the uplifting cerebral effects of sativas and the high resin production of indicas.

Jack Herer is named after the infamous American cannabis activist and author of the iconic social history book The Emperor Wears No Clothes.

Herer was renowned for criticising politics that promoted the prohibition of hemp and cannabis, although some of his theories/arguments received criticism from other experts. He is sometimes referred to as “The Emperor of Hemp.”

The Taste and Smell

Jack Herer has a distinct aroma which many patients and regular users claim to recognize easily. It boasts a natural, earthy pine scent with underlying woody notes.

Depending on how you medicate, you’ll generally notice that Jack Herer has a subtle sweet flavor that’s anything but overpowering. Some batches might also have fine spicy notes that seem to linger on in your mouth for a while.

These flavors and smells will vary depending on the batch, with some users claiming to notice some citrus and fruity flavors or chemical, diesel-like aromas.

The Feel (The High)

Jack Herer is a very interesting strain. It definitely produces a sativa-dominant high characterized by cerebral clarity and general euphoria.

However, it also packs a huge punch, thanks to producing a lot of thick, heavy resin, reminiscent of its indica parents.

Like Blue Dream, many patients consider this strain the perfect morning or daytime medicine, leaving them happy and motivated to focus on specific tasks.

Some patients, however, seem to notice more indica-like effects, especially once the initial energy bursts wear off. If that’s the case for you, it might be better to use Jack Herer outside of work or other situations where you’re required to stay focused and social. 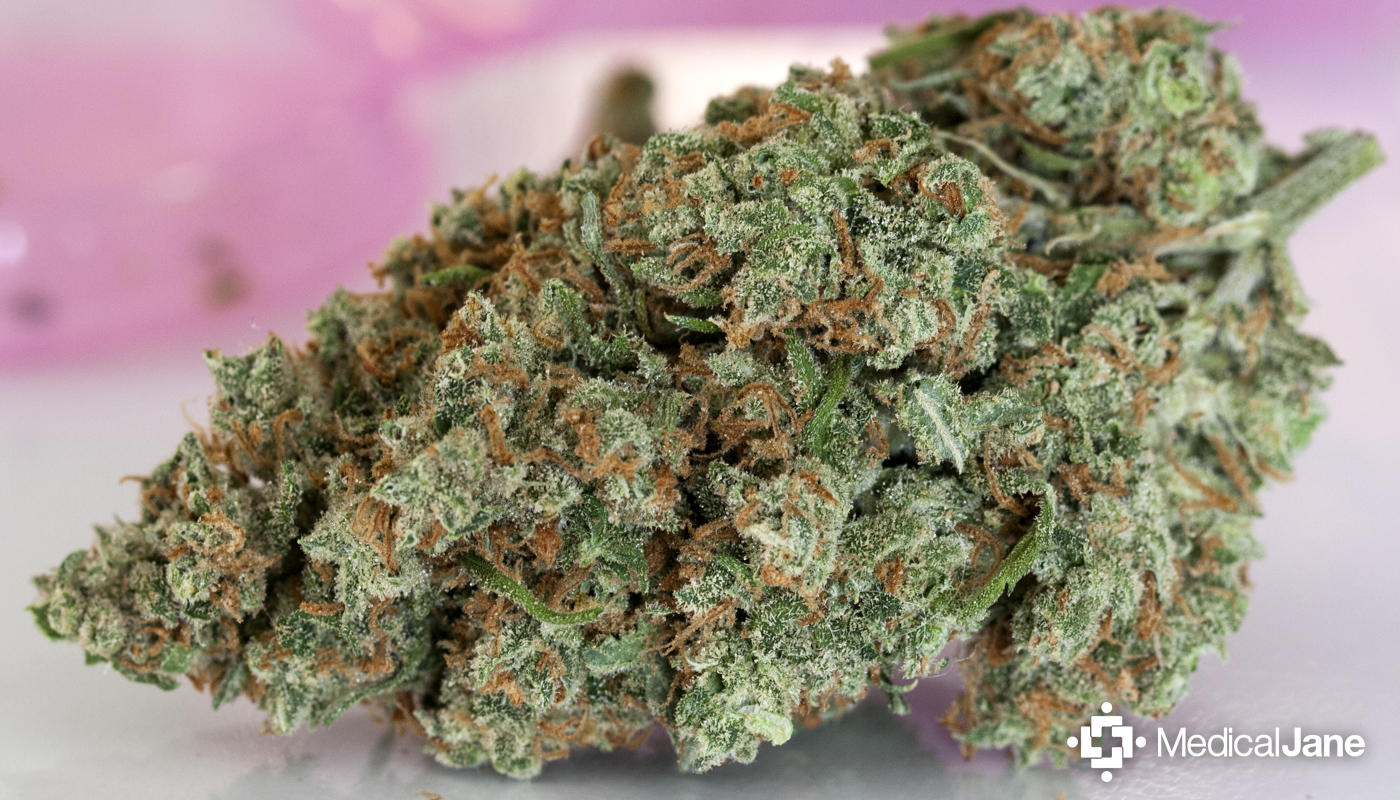 Jack Herer generally has an average THC content of 18-23%. It usually contains small amounts of other cannabinoids such as CBD, CBG, and CBN, and patients should definitely be weary of that when considering medicating with this strain.

Here is a quick breakdown of Jack Herer’s cannabinoid profile provided by Analytical 360, a cannabis analysis lab based in Washington:

The results from Analytical 360’s research show that Jack Herer has a complex terpene profile that provide the strain with a distinct aroma and a range of medical benefits.

Compared to other strains we’ve featured, it is particular rich in caryophyllene, a terpene commonly known for giving black pepper its spicy kick and shown to have anti-inflammatory effects in mice, according to a 2008 study.

Jack Herer is also high in terpinolene, a terpene found in apples, cumin, and lilacs which boasts a wide variety of potential medical benefits.

According to a 2012 study, terpinolene found in sage and rosemary markedly reduced the expression of certain proteins that mediate cell proliferation and contribute to the progression of cancer.

Similarly, a 2013 study found that terpinolene had anticancer and antioxidant effects in rat brain cells, and a further study published in The Journal of Natural Medicine that same year claims this terpene to be a notable sedative.

According to this article on The Leaf Online, terpinolene may also help to treat heart disease by low-density lipoprotein (LDL) oxidation, the so-called “bad cholesterol.” Other studies referenced in this article also suggest that terpinolene may have antibacterial and antifungal properties.

Jack Herer also contains a small concentration of humulene, a terpene found to have antiinflammatory effects and inhibit the growth of tumors.

Other terpenes found in this cannabis strain include:

Due to its complex terpene and cannabinoid profile, medical cannabis patients use Jack Herer to treat a variety of conditions.

It is most commonly used to treat stress and fatigue due to it’s invigorating cerebral effects, while some patients also use this strain to tackle signs of depression and anxiety.

Others also claim that this strain offers effective pain relief and boosts appetite.

Ready to try this incredible strain for yourself? Check out some of the following GreenRush dispensaries to get top-shelf Jack Herer delivered to you door in just one hour:

For instant access to over 7000 cannabis products from more than 200 dispensaries, sign up to GreenRush today. Best of all, use the promo code below and you’ll get $20 off your first FOUR cannabis delivery orders.